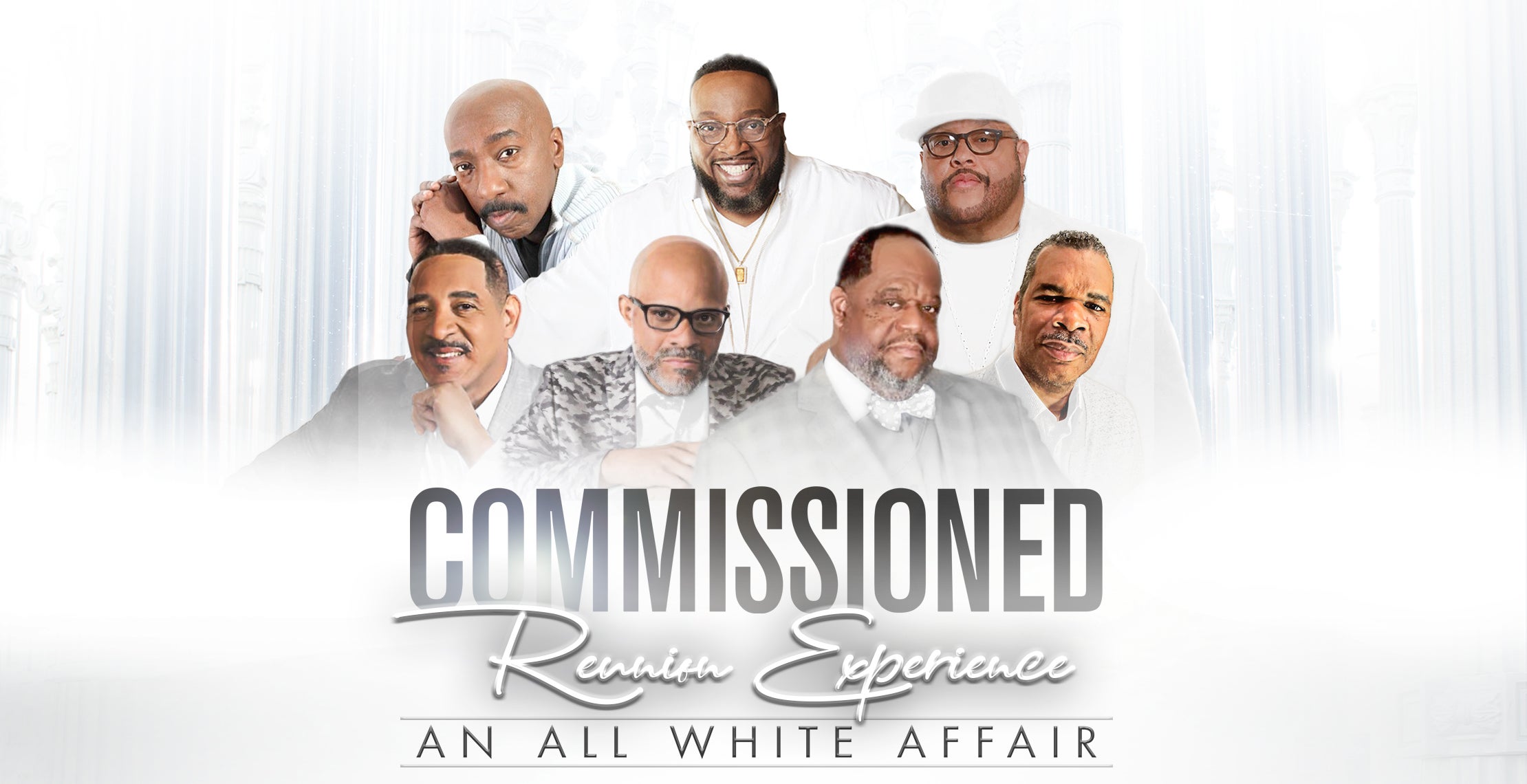 After nearly 15 years since their last performance, the GRAMMY and STELLAR award nominated gospel super-group Commissioned has returned to the stage. Fred Hammond, Michael Brooks, Keith Staten, Marvin Sapp, Karl Reid, Mitchell Jones and Michael Williams represent some of the most iconic names in gospel music, and on November 15, 2019 the group will bring new music and their greatest hits to Gateway Center Arena at College Park.

Since the early days of their musical careers, Commissioned has spread the gospel through soulful performances. Their ability to blend gospel and spiritual messages with soul, R&B and funk allowed the group to crossover to younger audiences, along with paving the way for many of today’s gospel artists. During the 90s, the members of Commissioned took a break to focus on their successful solo careers, and their 2001 reunion remains as one of the most talked-about performances in gospel music history.