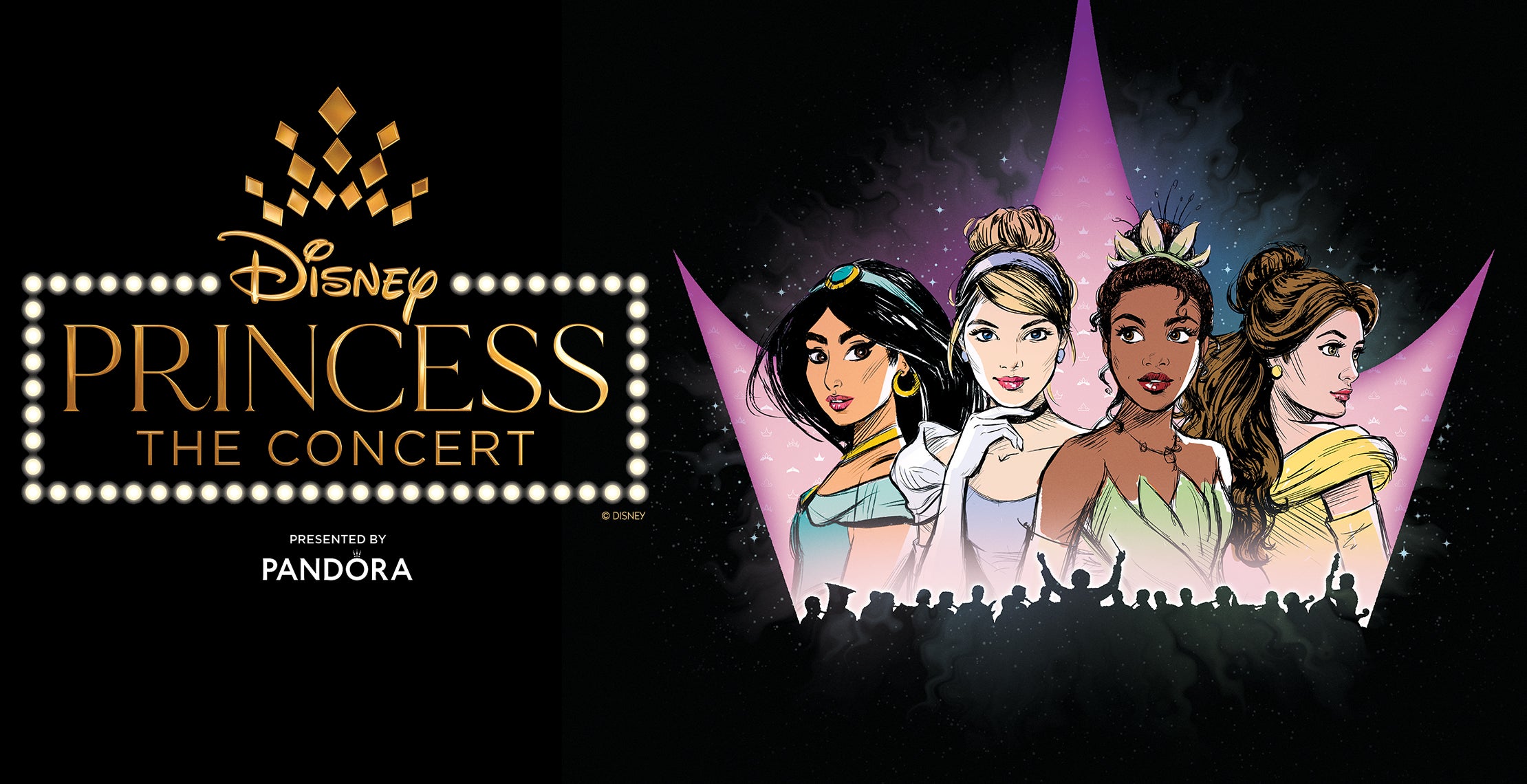 'Be our guest'' as an all-star quartet of Broadway and animated film icons, their magical Music Director, and enchanting Prince celebrate all the Disney Princesses in an unforgettable evening of songs, animation, and stories!

Fans are encouraged to dress up in their best royal attire for an unforgettable evening. Dreams will come true as these acclaimed performers sing over 30 favorite Disney Princess songs, and share their exclusive, hilarious and heartfelt behind-the-scenes stories from their time on the stage and screen. Larger than life animations and visuals accompanying the music will immerse the audience in pure Disney magic.

Pandora Presents Disney Princess The Concert is recommend for a general audience. As an advisory to adults who might bring young people, Disney recommends this show for ages 6 and up. All persons entering the theatre, regardless of age, must have a ticket. The show runs approximately two hours with an intermission.