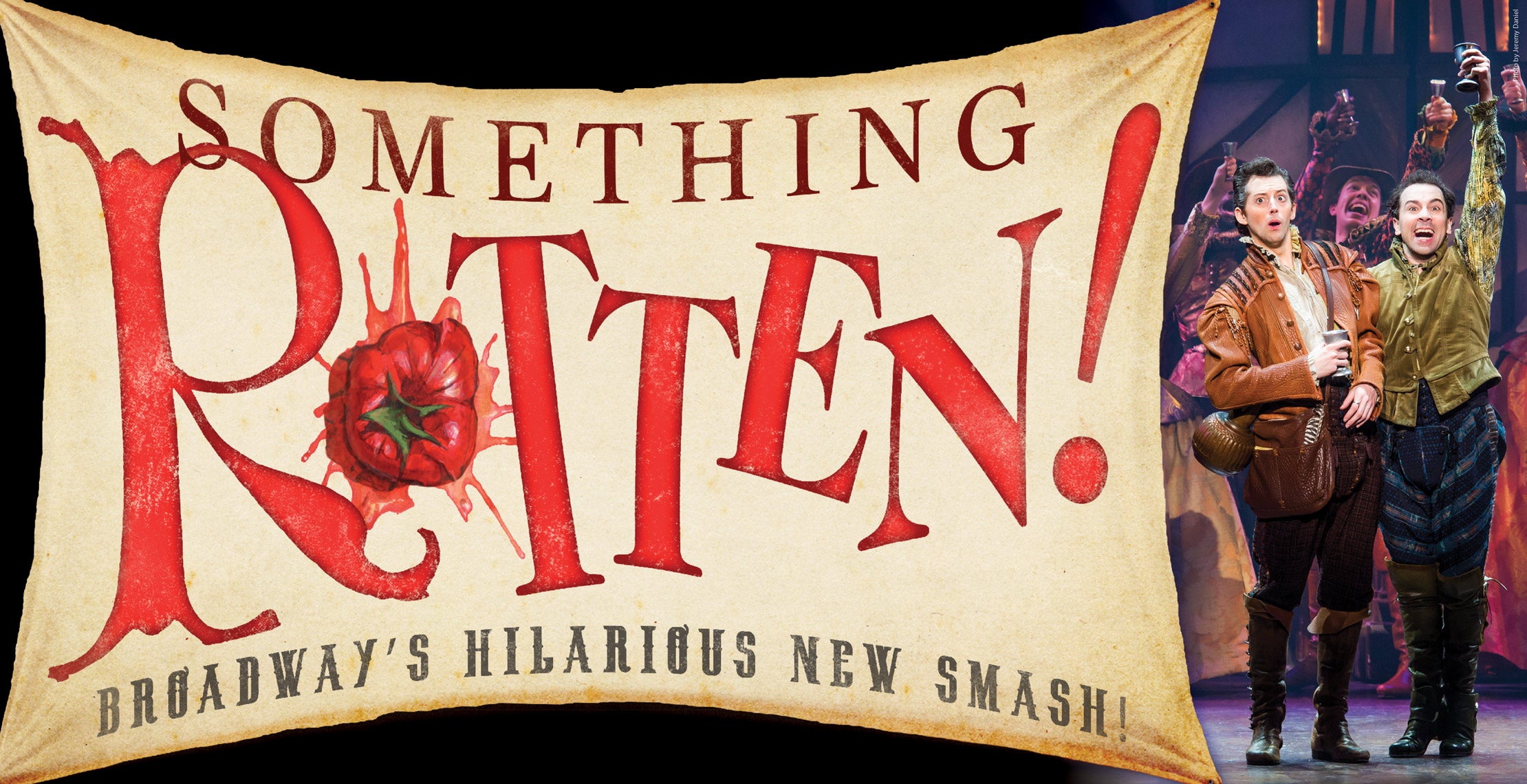 Direct from Broadway, Something Rotten! is a “big, fat hit!” (New York Post).

Set in the ‘90s—the 1590s—this hilarious smash tells the story of Nick and Nigel Bottom, two brothers who are desperate to write their own hit play while the "rock star" Shakespeare keeps getting all the hits. When a local soothsayer foretells that the future of theatre involves singing, dancing and acting at the same time, Nick and Nigel set out to write the world’s very first MUSICAL!

With its heart on its ruffled sleeve and sequins in its soul, Something Rotten! is “The Producers + The Book of Mormon x The Drowsy Chaperone. Squared!” (New York Magazine).