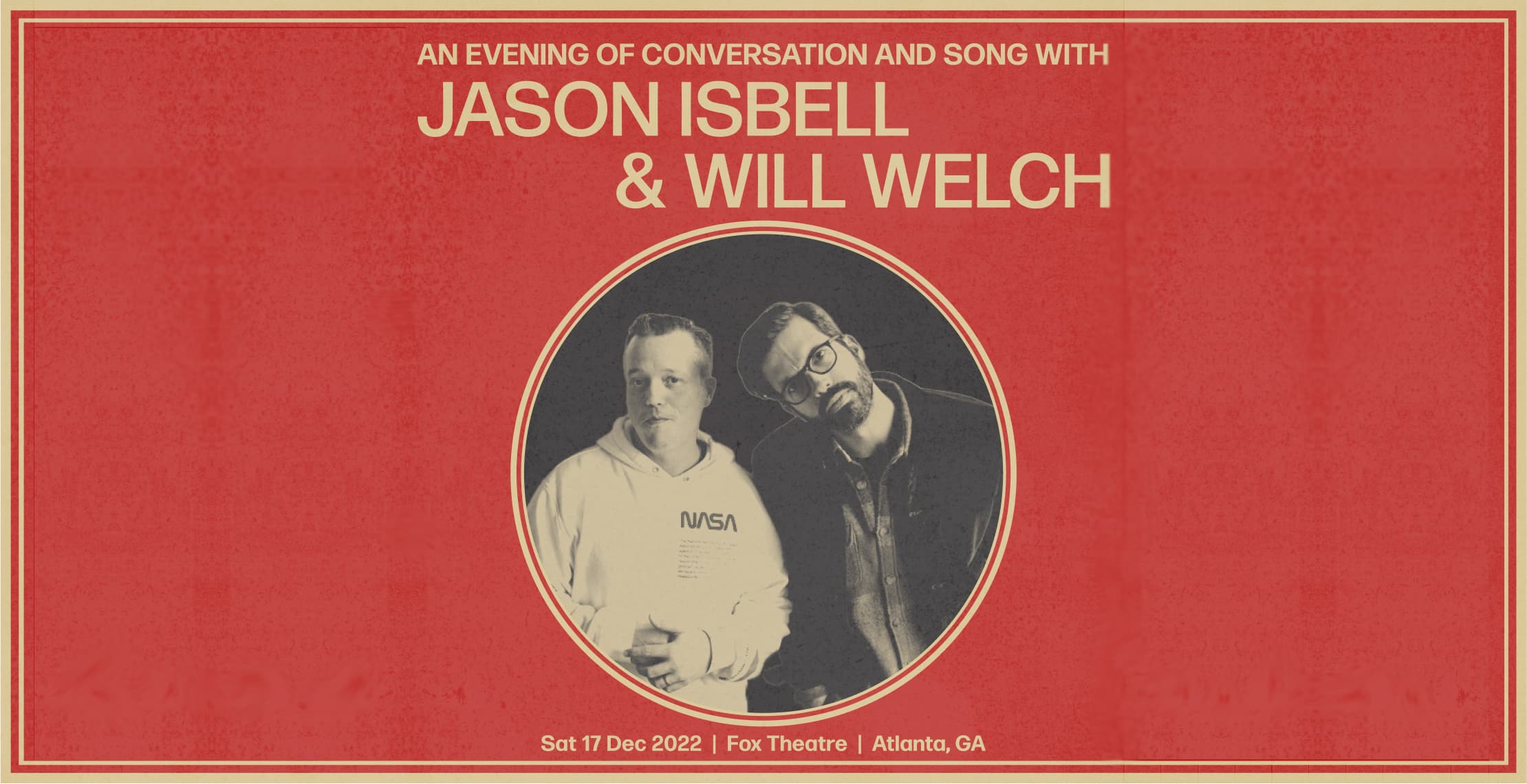 Join American singer-songwriter, Jason Isbell, and GQ Magazine Global Editorial Director Will Welch, as they explore the evolving state of friendship, music, and more in An Evening of Conversation and Song with Jason Isbell and Will Welch.

Will Welch is an award-winning journalist and magazine editor. He is currently the Global Editorial Director of GQ and the Editor in Chief of GQ U.S. Prior to joining GQ in 2007, Welch was Deputy Editor of The Fader Magazine. An Atlanta native, he now lives in Brooklyn.

Jason Isbell has established himself as one of the most respected and celebrated songwriters of his generation. The North Alabama native possesses an incredible penchant for identifying and articulating some of the deepest, yet simplest, human emotions, and turning them into beautiful poetry through song. Isbell sings of the everyday human condition with thoughtful, heartfelt, and sometimes brutal honesty. Isbell broke through in 2013 with the release of Southeastern. His next two albums, Something More Than Free (2015) and The Nashville Sound (2017), won Grammy Awards for Best Americana Album & Best American Roots Song. Isbell's song "Maybe It's Time" was featured in the 2019 reboot of A Star Is Born.

His most recent full-length album, Reunions (2020), is a critically-acclaimed collection of ten new songs that showcases an artist at the height of his powers and a band fully charged with creativity and confidence. In April of 2021, it was announced that Isbell would appear in the upcoming Martin Scorsese film, Killers of the Flower Moon.