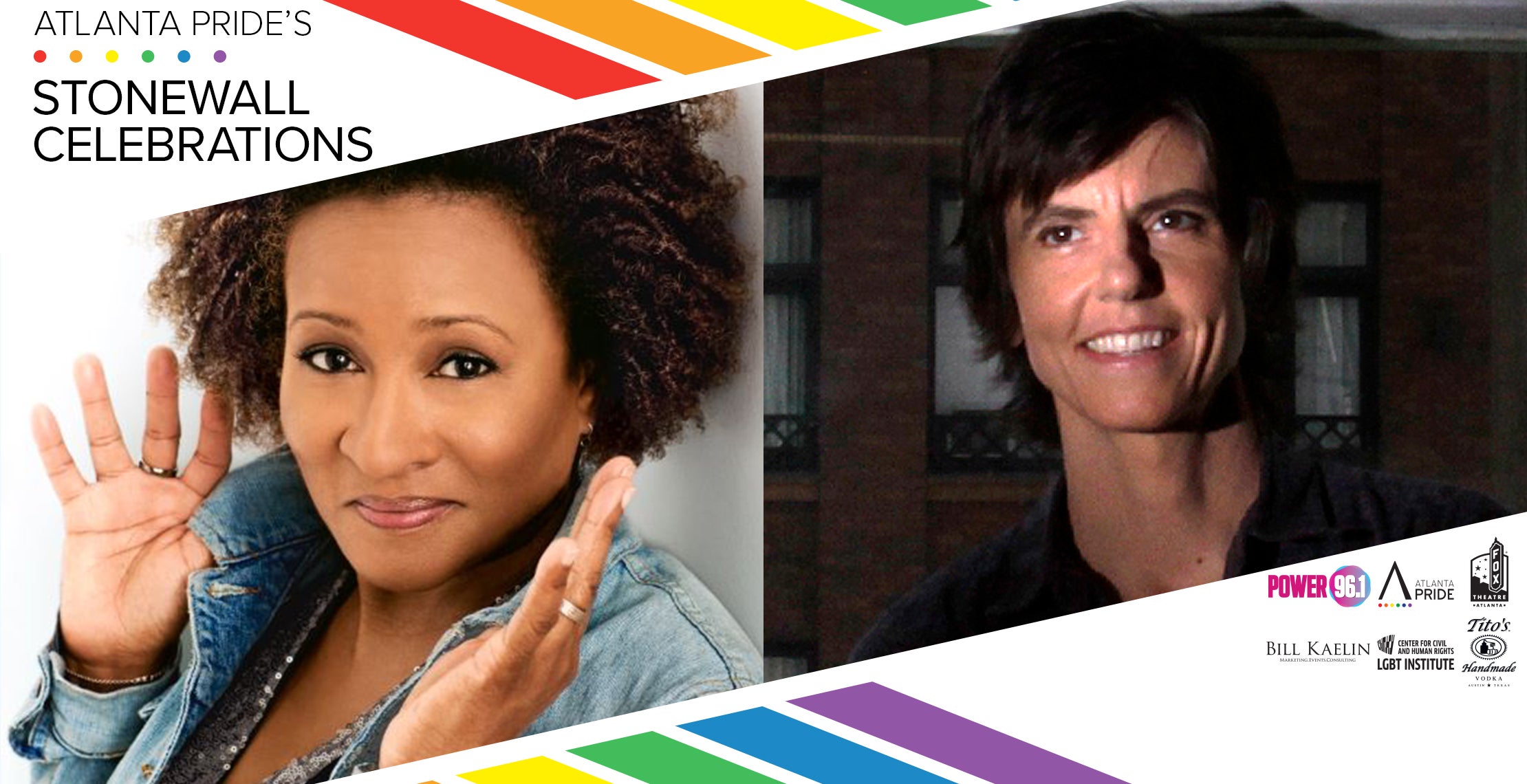 The Atlanta Pride Committee and The LGBT Institute at The National Center for Civil and Human Rights are proud to partner with the Fox Theatre to present a night of comedy with Wanda Sykes and Tig Notaro at the Fox Theatre on Wednesday, June 20 at 8 p.m.  Local LGBT advocate and activist Feroza Syed will serve as the emcee for the night. Reserved tickets are available now!

Tig Notaro is a comedian, actor and writer originally from Mississippi, who Rolling Stone named one of the 50 best stand-up comics of all time.  Tig writes, produces and stars in the semi-autobiographical Amazon series, One Mississippi.  Season 1 yielded several nominations including - WGA, GLAAD and The Critic’s Choice Awards.  Tig was also nominated for an Emmy as well as a Grammy for her 2016 HBO special Boyish Girl Interrupted, a GLAAD Award nomination for the Netflix Original Documentary Tig, and her memoir I’m Just a Person is a New York Times Bestseller.

In 2013, Tig was nominated for a Grammy Award for her sophomore release, Live, which sold over 100,000 units in just six weeks.  Live is a stand-up set delivered just days after Tig was diagnosed with invasive bilateral breast cancer, of which she is now in remission.  Tig remains a favorite on late night talk shows, public radio, tours around the world regularly and most recently sold out Carnegie Hall. In her time off, Tig enjoys bird watching with her wife Stephanie, their twin sons and cat Fluff, at home in Los Angeles.

Wanda Sykes has been called "one of the funniest stand-up comics" by her peers and ranks among Entertainment Weekly's 25 Funniest People in America.  Her smart-witted stand up has sent her career in many different areas.

Thank You To Our Sponsors

THANK YOU TO OUR SPONSORS: