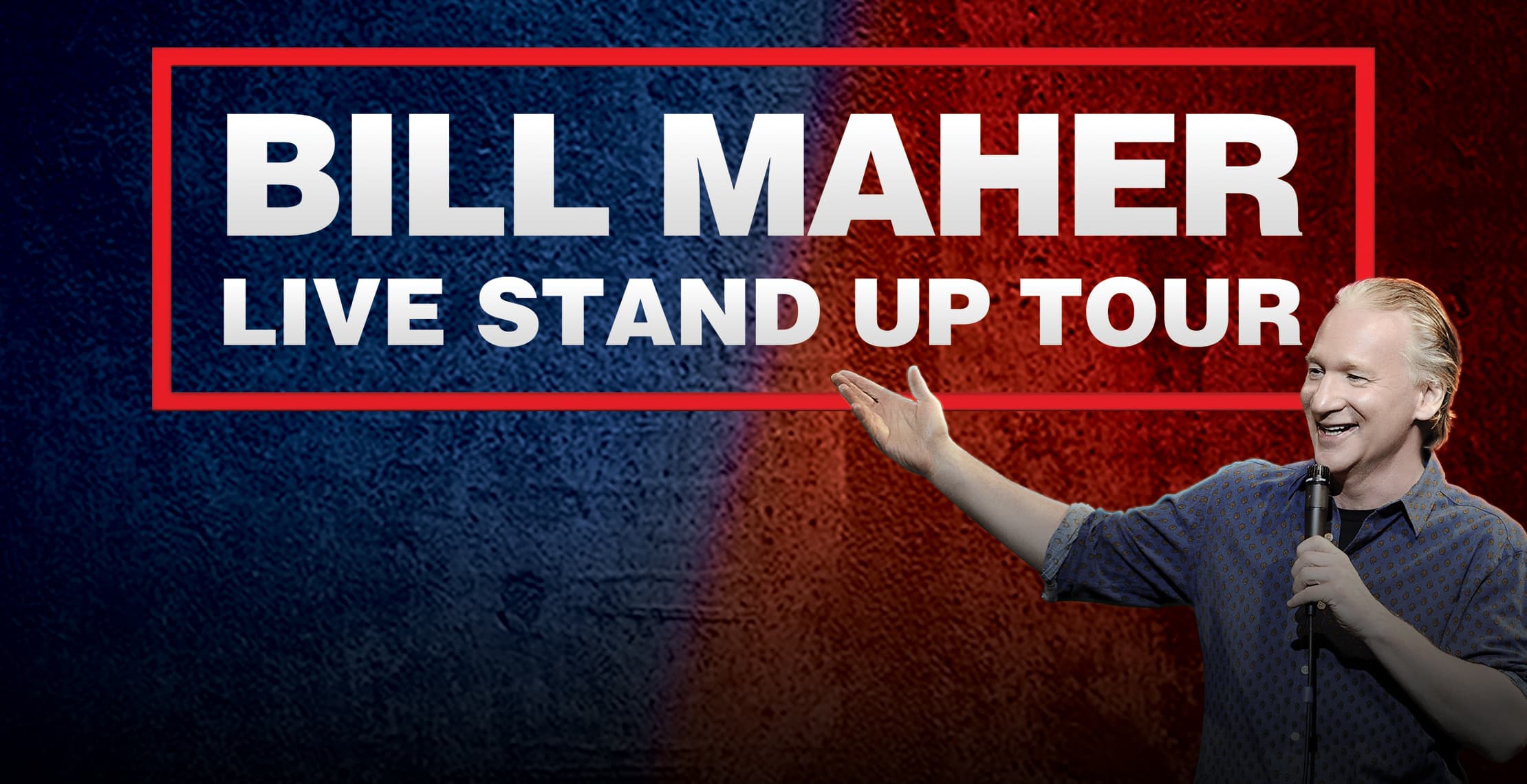 Thank you for your patience as we navigate this unprecedented situation. Bill Maher at the Fox Theatre has been rescheduled for November 6, 2021. Hang on to your tickets - they will be honored for the rescheduled performance.

For more than twenty years, Bill Maher has set the boundaries of where funny, political talk can go on American television.  First on “Politically Incorrect” (Comedy Central, ABC, 1993-2002), and for the last fourteen years on HBO’s “Real Time,” Maher’s combination of unflinching honesty and big laughs have garnered him 41 Emmy nominations.  Maher won his first Emmy in 2014 as executive producer for the HBO series, “VICE.” In October of 2008, this same combination was on display in Maher’s uproarious and unprecedented swipe at organized religion, “Religulous,” directed by Larry Charles (“Borat”). The documentary has gone on to become the 8th Highest Grossing Documentary ever.

In addition to his television program – which has featured such visitors as President Barack Obama, Vice President Joseph Biden, Bernie Sanders, Elizabeth Warren, Kerry Washington, Michael Steele, Howard Dean, Michael Moore, Eva Longoria, Drew Barrymore,  Rev. Jesse Jackson, Gen. Wesley Clark, Susan Sarandon, Kevin Costner, Gary Hart and Pat Buchanan.– Maher has written five bestsellers: “True Story,” “Does Anybody Have a Problem with That?  Politically Incorrect’s Greatest Hits,” “When You Ride Alone, You Ride with Bin Laden,” “New Rules: Polite Musings from a Timid Observer,” and most recently, “The New New Rules: A Funny Look at How Everybody But  Me Has Their Head Up Their Ass.”