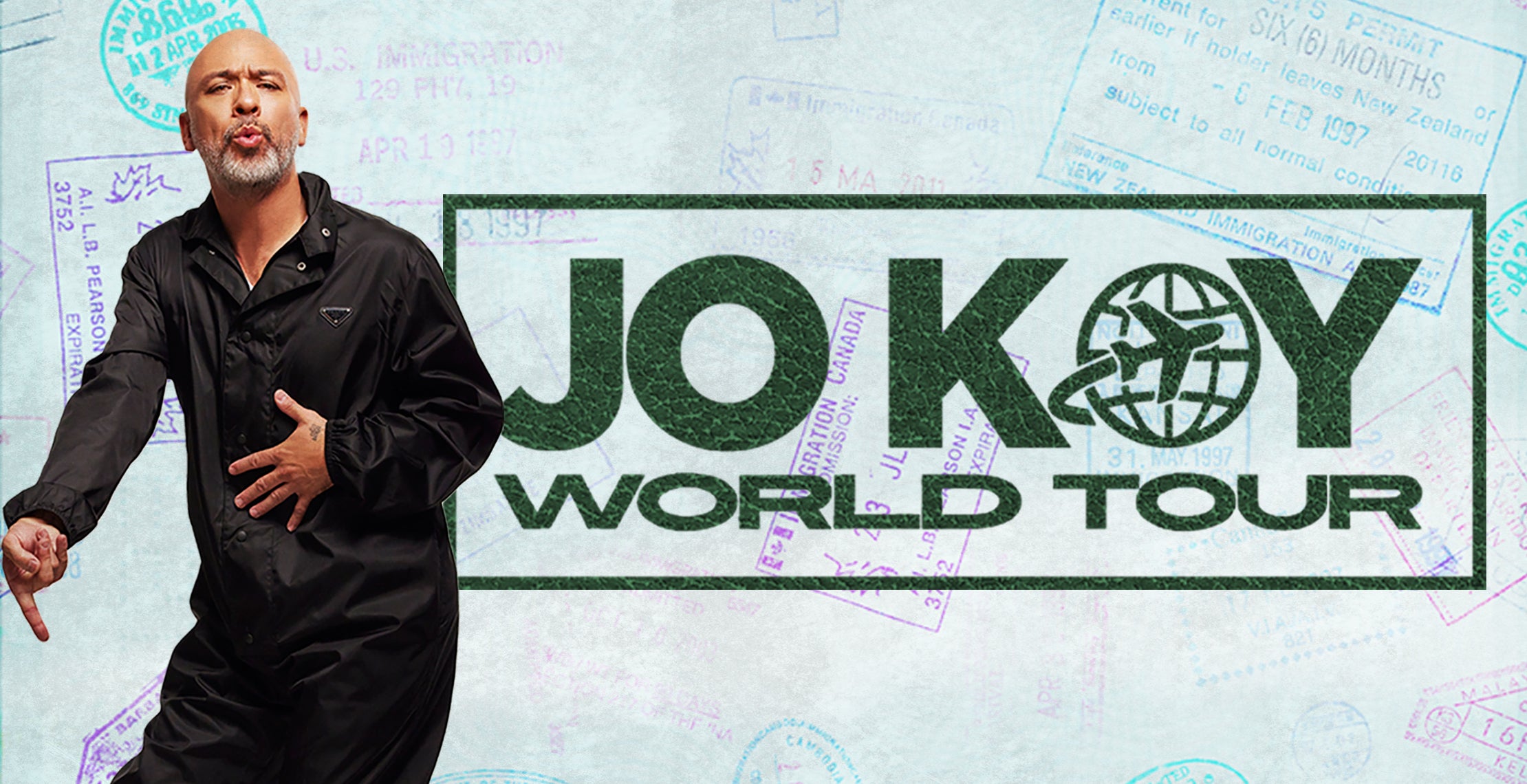 As one of today’s premiere stand-up comedians, Jo Koy has come a long way from his modest beginnings performing in a Las Vegas coffee house. Jo’s uniquely relatable comedy pulls inspiration from his colorful family that has reached all kinds of people and has translated into sold-out arenas around the world.

Koy started 2022 with a bang, selling-out the Climate Pledge Arena (over 14,000 tickets) in his hometown of Seattle. Today, he continues breaking sales records at some of the most prestigious venues around the world including Mall of Asia Arena (Manila, PH), The Forum (Los Angeles), Coca-Cola Arena (Dubai), ICC Theatre (Sydney, AU), and Radio City Music Hall (New York City) to name a few .In November 2022, Koy will headline for the first time at Madison Square Garden for The New York Comedy Festival. In 2017, Koy broke a record for the most tickets sold by a single artist at 23,000 tickets and 11 sold-out shows at The Neal S. Blaisdell Concert Hall in Honolulu. In response, the mayor’s office in Honolulu proclaimed November 24th as “Jo Koy Day.”

Koy recently starred in the Universal Picture film Easter Sunday, set around a family gathering to celebrate Easter Sunday, the comedy is based on Jo Koy's life experiences and stand-up comedy. The film is currently available on demand and will release on Blu-ray &DVD this October.

His highly anticipated 4th Netflix stand-up special, Live From The Los Angeles Forum will premiere globally on September 13th. The special is a follow-up to his 2019 Netflix special, Comin’ In Hot. Koy has already had four highly rated and successful stand-up specials on Comedy Central and Netflix. In June 2020, the comedian released his first variety special, Jo Koy: In His Elements on Netflix in which Koy brings the laughs and beats to Manila, spotlighting local culture in a one-of-a-kind show featuring Filipino-American comedians, DJs and B-boys.

In 2021, Koy released his first autobiography, Mixed Plate: Chronicles of an All-American Combo with Harper Collins Publishers to raved reviews. In this funny and moving memoir, Koy uncovers the stories behind his stand-up: the conflict, the drama and the laughter as he struggles to find his place in the entertainment industry, his home and around the world.

In 2019, Jo Koy reached #1 on the Billboard Charts for his stand-up comedy album, Live From Seattle, and in 2018, he was given the prestigious “Stand-Up Comedian Of The Year” award at the Just For Laughs Comedy Festival in Montreal.

Currently Jo is performing on his Funny Is Funny World Tour but will kick-off the Jo Koy World Tour in2023. For more info on his comedy, book, and tour dates, please visit: Jokoy.com