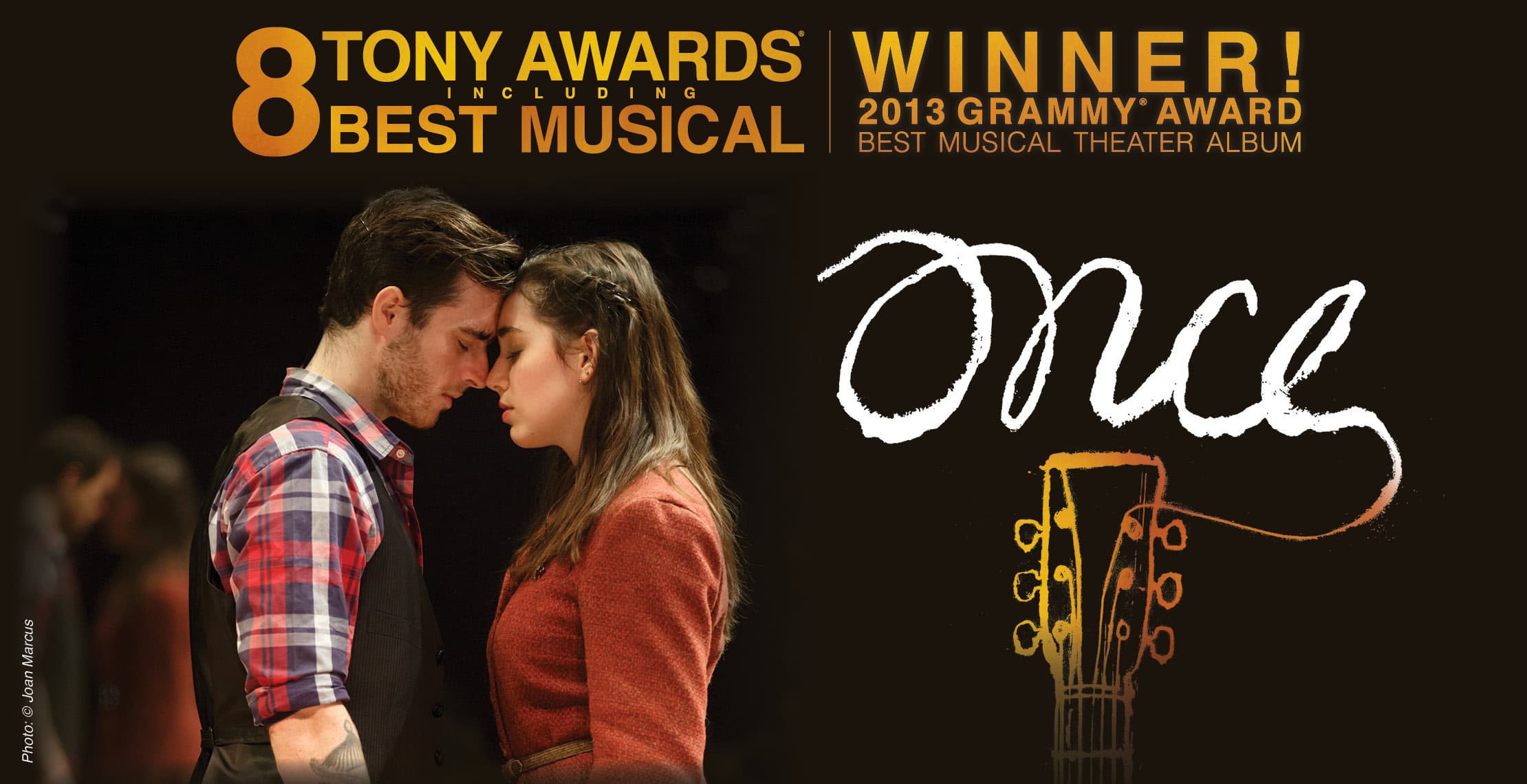 ONCE, the winner of eight 2012 Tony Awards including Best Musical and winner of the 2013 Grammy Award for Best Musical Theater Album, has been added as a Season Option to the 2019-2020 Broadway in Atlanta season. Once comes to the Fox Theatre for ONE NIGHT Friday, October 11, 2019!

Featuring an impressive ensemble of actor/musicians who play their own instruments onstage, ONCE tells the enchanting tale of a Dublin street musician who's about to give up on his dream when a beautiful young woman takes a sudden interest in his haunting love songs. As the chemistry between them grows, his music soars to powerful new heights... but their unlikely connection turns out to be deeper and more complex than your everyday romance. It’s emotionally captivating and theatrically breathtaking, and ONCE draws you in from the very first note. It's an unforgettable story about going for your dreams... not living in fear... and the power of music to connect all of us.  This tour will include the pre-show onstage bar where the performers play random selections each night, and the audience can be on stage and interact with the musicians.