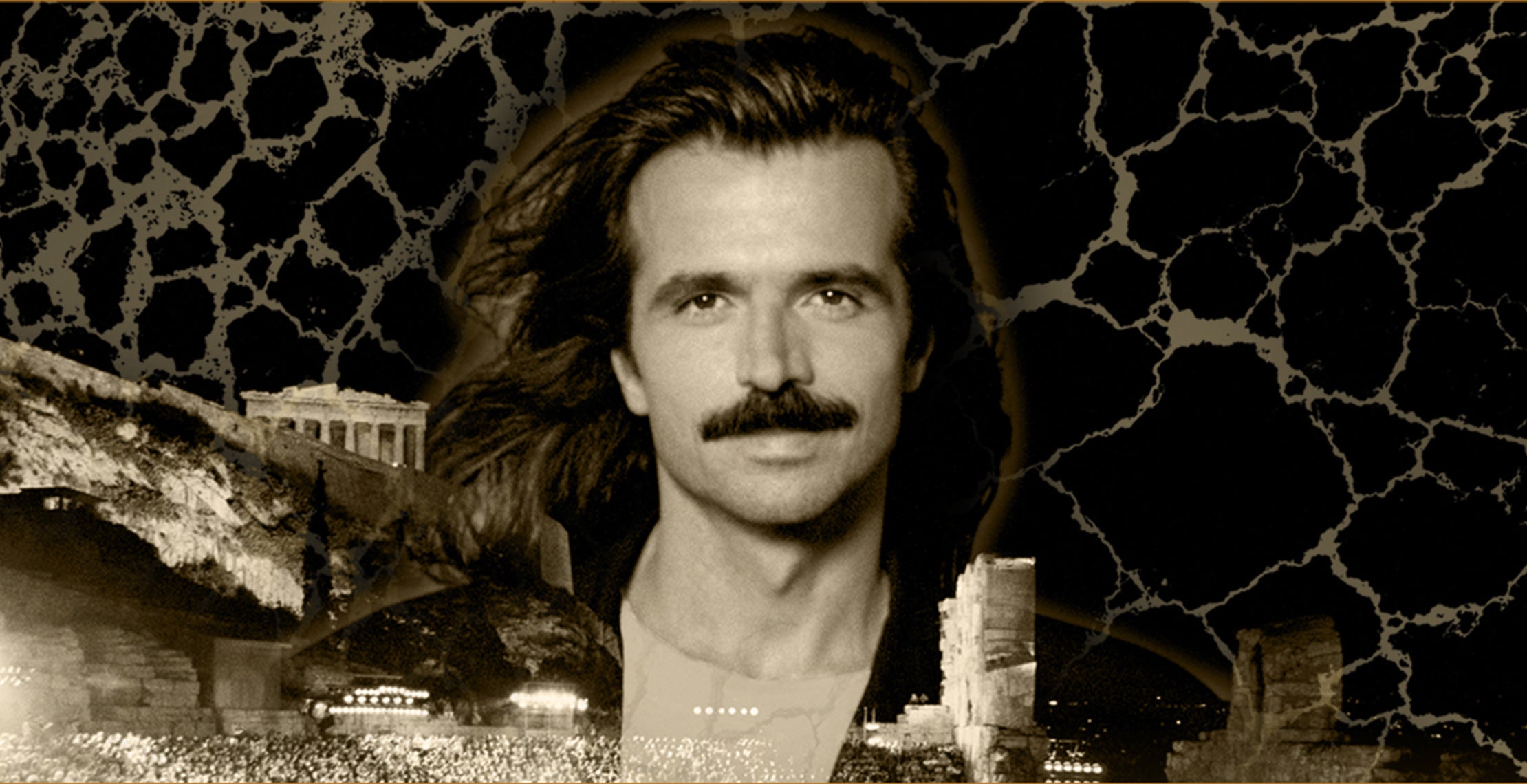 Yanni “Live at the Acropolis” was released in 1994 and is the first ever live album and concert video from the maestro. Recorded at the Herodes Atticus Theatre in Athens with the Royal Philharmonic Concert Orchestra from London, the concert took a year and a half to complete. The album was mixed and produced by Yanni in his home studio and was made into a TV special that aired in the United States on PBS. “Live at the Acropolis” became an incredible success and is the second best selling music video of all time.

Yanni’s iconic performances at the Acropolis in Greece, the Taj Mahal in India, the Forbidden City in China, the Royal Albert Hall in England, The Pyramids in Egypt and El Morro in Puerto Rico have crossed countless borders and has resonated with billions of people across the globe. Yanni has been awarded more than 40 platinum and gold albums worldwide and has sold more than 25 million albums around the world. His most recent albums have seen chart-topping success.