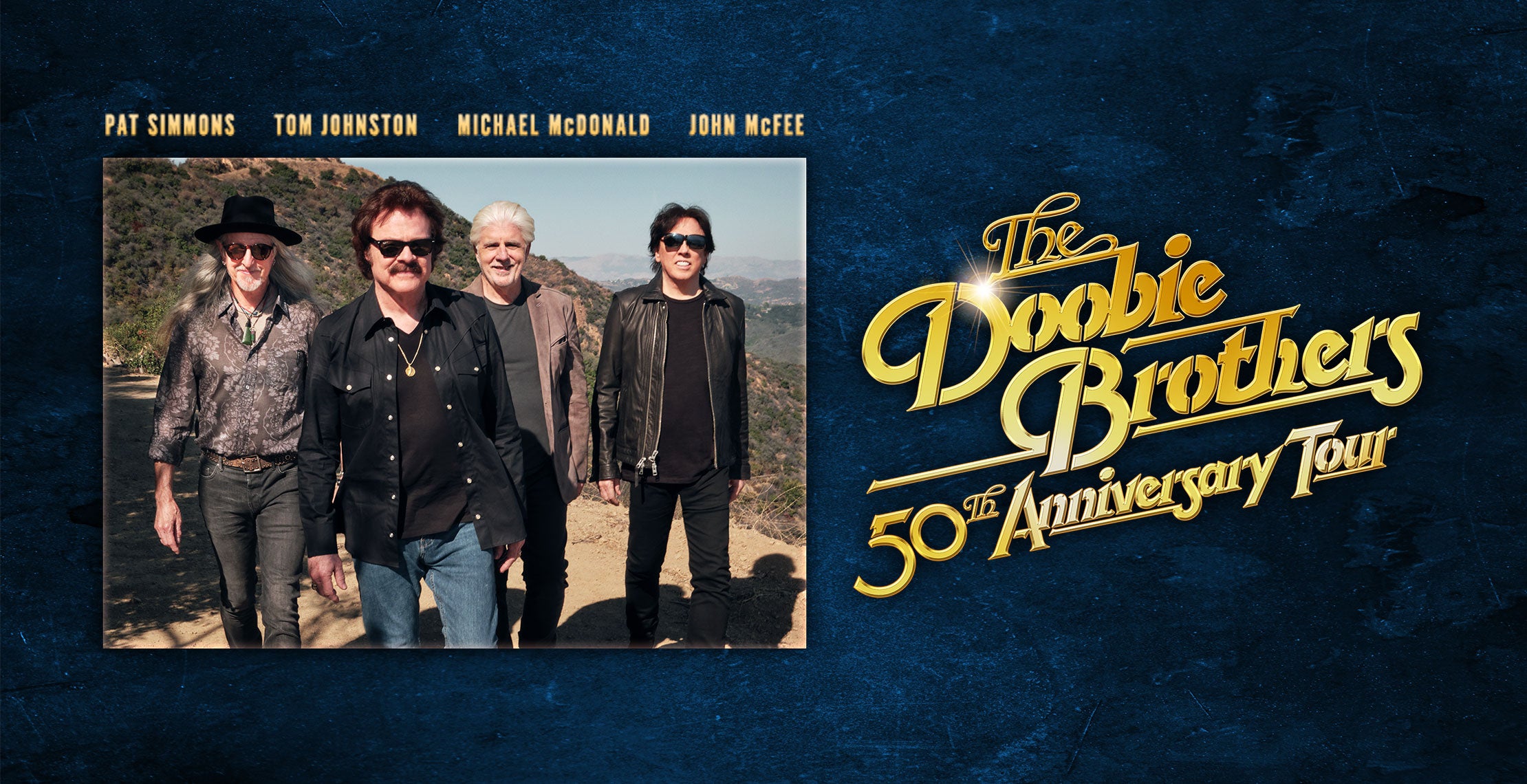 Four-time GRAMMY Award winners and Rock & Roll Hall of Fame inductees, The Doobie Brothers, have added a tour stop in Atlanta, GA to the second leg of their 50th Anniversary Tour. The band will play Fox Theatre on Tuesday, October 11, 2022 with tickets going on sale Friday, July 22, 2022 at 10:00 AM ET. A limited number of VIP Packages will also be available, including amazing seats, preferred entrance and more. Visit ticketmaster.com for more information.

The 50th Anniversary Tour has TOM JOHNSTON, MICHAEL MCDONALD, PAT SIMMONS and JOHN MCFEE back on the road together for the first time in over 25 years. With more than 60 stops across North America, the tour kicked off August 22, 2021 in Des Moines, IA and ends on October 12, 2022 in Nashville, TN.

In November 2019, the tour announcement came at the conclusion of the band’s performance at the legendary Ryman Auditorium in Nashville, Tennessee, in which they played two of their iconic albums, Toulouse Street and The Captain and Me. MICHAEL MCDONALD took to the stage during the band’s encore and gave a surprise performance of The Doobie Brothers’ smash hit single, “Takin’ It To The Streets,” before Pat Simmons announced that the entire band would be teaming up for a North American tour.